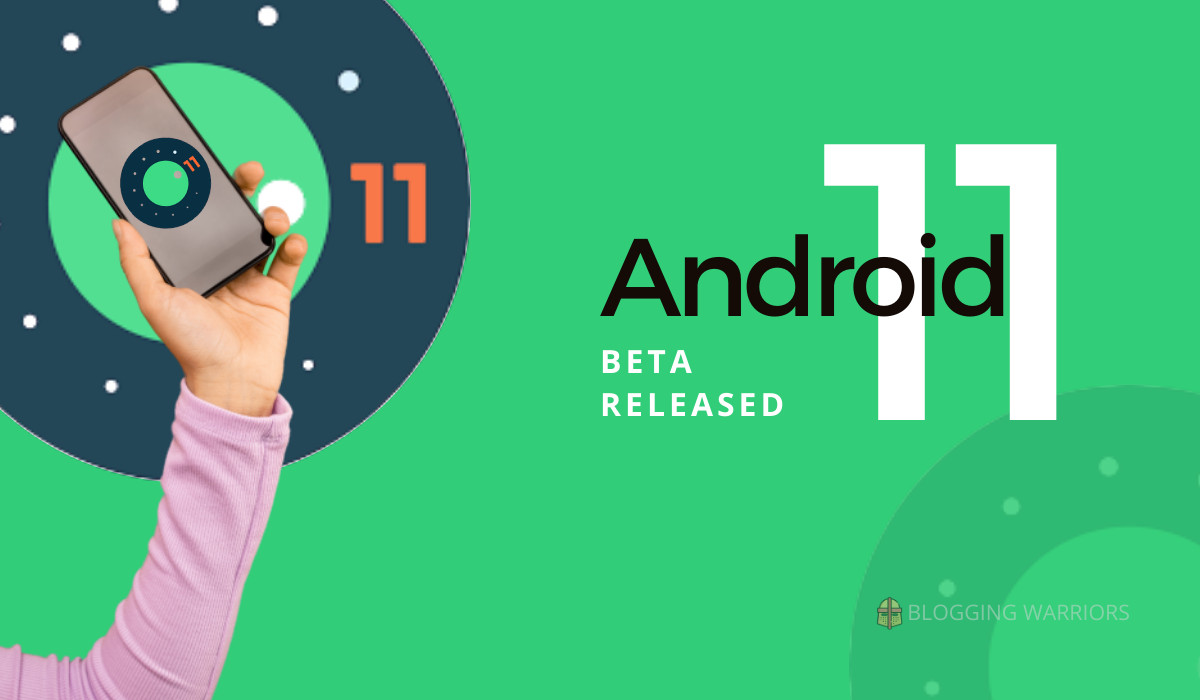 Latest Android 11 Features Reviews 2020: The beta for the next version of Android, which is Android 11, is available for Pixel phones starting from 11th June 2020. Now, a bunch of Android 11 has already leaked, of course, because Google, but it’s official now. So I wanna get into what the new Android 11 features are.

Now, overall, my take is that Android is a mature operating system, which means that the fundamentals are really not gonna change that much. There are a few new important features but the context here is that android already does a lot. And so a lot of the features aren’t necessarily about doing new things but helping you make sense of all of the things that Android already does.

One of the biggest jobs that a mature operating system has is managing complexity. So here’s a question, how well does Android 11 manage all of the things that Android does? So to start, every version of Android messes with notifications.

I actually not complaining about this because notifications are a huge source of complexity. And I much prefer the year-over-year changes that Google tries to make with Android to improve it than the way that Apple does things with the iPhone, which is to almost never change anything about notifications.

Notifications went from a way for you to see your text messages into this nightmare, catch-all of everything.

News, and media controls, and thirsty apps trying to get you to re-engage with their content, and alerts that apps are using your background location. And (sighs) it’s just a lot. So in Android 11, Google is separating out your notifications into three really clear and distinct sections with big, obvious labels.

The first thing is you can bubble those notifications, which turns them into these like bubble chat heads that sit on the top of other apps. You might have seen it in apps like Facebook Messenger, where there’s this head floating around, you can put it wherever you want, you tap on it, and it opens up the conversation.

That’s now going to become available to any chat app on Android. And by default, that’s just gonna show like the whole chat up inside little window, but developers can customize it for it if they want.

The other thing that the conversations let you do is you can long-press on them, and you can mark a person’s conversation inside a chat app as a priority. And what that means is they’re gonna be able to break through your do not disturb settings.

And also when you look at your little notification tray at the top of your screen, you’re gonna see their face instead of just the icon for the app.

There are a few other new things with notifications, so you can more easily control where silent notifications show up. You can keep them from showing up in your status bar or on your lock screen.

You can easily switch an app from alerting notification to silent notification by long pressing on your lock screen, bringing up some options. If you wanna get an app into a Conversations though, you gotta wait for the developer to update it to support that.

You also get a few more controls over how do not disturb works that lets you customize which apps are able to break through do not disturb, in addition to those priority conversations.

So there is one other thing to talk about with notifications. You used to have media playback control in your notification shade, and Google’s now moving that up into the quick settings.

So it’s sort of part of the notification shade, but sort of not, anyway, it’s up there at the top now, and when you expand it down, there’s gonna be a little button that you can press, and when you press it, it will let you choose where your audio goes, Bluetooth headphones, or speaker or wherever.

The next interaction zone that Google has beefed up for Android 11 is the power menu. It’s the thing that you get when you long press the power sleep-wake button thing. It has your usual power options like before, Emergency, Power off, Restart.

There is lockdown but unfortunately, it’s hidden under a three-dot menu. Underneath that is your google Wallet passes. So your bank cards and your boarding passes if you ever get to go on a plane again, that’s all stuff that we’ve seen before.

What’s new is that Google is putting smart home control buttons underneath that here. So it’s sort of like what the iPhone does with home controls and control center. But on Android, it’s in this power menu.

You can customize what buttons show up here, you can just tap on stuff to turn lights on and off, you can drag your finger to change brightness. You can also just long press to go in and see more options and so on.

This section is powered by the Google Home app. And that’s good because it’s one less thing that you have to set up. But it does mean that I think that different companies are gonna do different things with this power menu.

So if you buy a Samsung phone, I would expect to see Samsung Pay and Samsung Smart Home controls in the section here. So that’s notifications and power.

There are a couple of other zones to talk about. There’s the home screen, and one of the things you can do here is to replace your dot with suggested apps from Android, you know, contextual guesses of what you’re gonna want to open next. And I’ve had it on and I don’t really love it. These guesses at what app I’m gonna want to open usually aren’t really that accurate.

There’s also the multitasking screen or you might call it the recent screen, and there are three new buttons on the bottom here. So if you tap screenshot, it pulls a screenshot of the app that’s front most in multitasking. You can tap Select, and it will show you what text is selectable to directly copy in your clipboard. Or you can tap Share, and it’ll grab a screenshot that frontmost app and bring up the Share sheet automatically.

Speaking of screenshots, when you take one, it no longer goes into notifications, it creates this little interface down in the lower left-hand corner where you can tap Share or Edit. It’s just like the way that the iPhone does it. So those are the major zones, notifications, power menu, home screen, and the new recent screen, and all of them are designed to help you make sense of all the features that android is now throwing at you.

And I’ve got a whole theory about how it relates to iOS and the iPad and desktops, and it’s all too much in this article, we have a lot more Android 11 features to go through, so let’s keep going.

So location permissions are getting stricter in Android 11. From now on, apps can only ask for three different kinds. One time, while the app is open, or just straight up deny.

That one-time thing is new and it’s something that the iPhone already has. Now, if an app really, really wants constant background permission, it needs to send you deep into Android settings where you turn on permanent access there.

Also, if you hit deny a couple of times when the app asks you for location permission, Android will just tell the app to stop asking you and it won’t be able to do it again. All right, let’s see what else.

Well, we’ve seen a bunch of stuff in the betas that are hopefully gonna stick around, but there’s no guarantee. So I’m talking about screen recording. It’s here in the beta. It was in the beta last year and they yanked it, but I hope it sticks around this year. We’ve also seen evidence of native scrolling screenshots that are gonna let you grab the entire web page. You should be able to pin apps to the Share sheet so that you don’t have to depend on Google’s predictions, you can just pin the thing you actually wanna share to.

So that everything in Android 11. It’s all the stuff I can think to talk about. And if you just look at the bullet list of all of those features, you’ll see that it’s a lot of filling out the corners and adding new little bits here and there. But like I said, I think that Android is a mature operating system, so that makes sense. Beyond those new features though, what Android 11 is really about is making the stuff that you actually want to do a little bit easier to find.

So say you wanna text with somebody that’s important to you, their face might be right there in your status bar if they texted you, or their face might be in a bubble that’s floating over the apps you’re using right now, so you can get to it right away.

Smart light controls finally aren’t buried inside the Google Home app. They’re right there in the power menu. And that power menu zone, it sort of makes sense to me. Google says it’s like your keys and your wallet. It’s the stuff that you put in your pocket to interact with the physical world.

And I guess that’s why that stuff isn’t in quick settings. I mean, I could go on, but the point is that those little decisions of what goes where and why that’s the subtle stuff that ultimately makes a phone feel either intuitive or confusing. And there still is some confusing stuff here. I think settings in Android is getting a little bit out of control. But I can see where Google’s trying to go.

Google has already revealed its Android version in Beta. On 11th June’20, Google already officially released the Android 11 Beta 1 version publically. The final release date of Android 11 will be announced by Google in September 2020 expectedly. You can follow the Android Developer twitter handle for more details.

We are excited to tell you more about Android 11, but now is not the time to celebrate. We are postponing the June 3rd event and beta release. We'll be back with more on Android 11, soon.

Like already said at the top, if you have a Pixel, you can install the beta on your phone right now. It’s also coming to a few other Android phones this summer, so keep an eye out for news about that. But I wouldn’t put it on your main phone because it’s a beta, and it’s still a little bit rough around the edges. Now Android 11 Beta 1 is available for —

These are the confirmed list of mobile phones where Android 11 will update.

But you want me to answer the question, right? Did Google get to where it’s trying to go? Does Android 11 features or Android 11 make sense, is it intuitive?

Well, I’m gonna wait until the final release of this software in the fall, because right now, it’s still a beta, and they’re Google, and they could totally move stuff around.

But I do know that when I review it, I’m gonna be reviewing it on a Pixel because the Pixel’s gonna get Android 11 first, and every other Android phone is gonna get it who knows when. Google’s made some progress in the Android ecosystem of making those updates happen, but it’s still not where it needs to be.

So while I’m reserving judgment on whether or not Android 11 makes sense, I definitely think that knowing whether or not your phone is gonna get it is still way too confusing.